The latest rumors emanating from the House of the Raging Bull say that Lamborghini is planning another million-dollar, ultra-exclusive supercar. Lambo is tipped to bring it to Pebble Beach next month, but it won’t be showing it to the general public.

Lamborghini has a proud recent history of turning its flagship supercars into something even more desirable. You’ll remember the Reventón that was based on the Murciélago previewed the Aventador and was offered in a limited run of 20 coupes and 15 roadsters with a seven-figure price tag. The Bolognese automaker followed up with the Veneno, an even more extreme take on the Aventador. Three coupes and nine roadsters were sold, with prices exceeding $4 million. (There was the Sesto Elemento, but that was a smaller 10-cylinder model.)

According to Motor Trend, this latest creation is expected to be based on the 12-cylinder Aventador, with more adventurous styling and likely a more powerful engine. You can bet it’ll be produced in small numbers and command a seven-figure price tag. Production is likely to take place at the company’s dedicated prototype development center that was opened three years ago.

Now if you’re wondering what’s the point of bringing a new car to a public show if you’re not going to show it to the public, consider that the public isn’t the only ones that will be in attendance for the Monterey extravaganza. Some of Sant’Agata’s top clients will also be on hand, and it’s to those individuals that Lamborghini will be showing its latest creation. Lambo’s been known to hold private previews in the past, and cameras were not allowed the last time this writer was invited to such an event. But that concept was unveiled to the public at a major auto show the following month, so here’s hoping whatever Lamborghini is bringing to Pebble Beach will find its way onto the stage in Frankfurt come September as well. 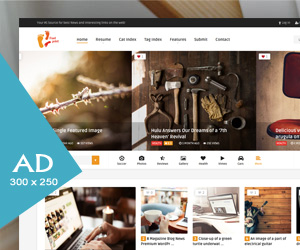